GBA is supporting Georgian Bay Forever (GBF) and the two MPPs who have proposed Bill 279 which will require new clothes washing machines to have filters installed. This legislation is the result of GBF’s successful research projects in Parry Sound and Collingwood, which clearly demonstrated that installing these filters reduces microplastics pollution, helps protect the water, environment and ultimately anyone in the area consuming the water.

Bill 279 received unanimous approval at First Reading and we are asking for your support on a letter writing campaign to MPPs to ask them to get this Bill passed before Queens Park rises in June for the election.

As public awareness is increasing about the effectiveness of installing a filter on your clothes washing machine in reducing plastics pollution, many are asking for details on currently available filters that can be installed on your washing machines now. While there may be others, GBF advises that these two are over 86% at capturing microfibres in your washing machine:

The Very Big Problem With Microplastics

Microplastics in Georgian Bay and the Great Lakes are an ongoing concern as research continues to highlight the negative impacts on the environment and human health and their accumulation in our freshwater systems. Microplastic pollution is a complex issue since there is not a singular source material or route into the environment. The physical and chemical compositions of microplastics also add to the complexity of this issue. These are a few of the characteristics of microplastics; 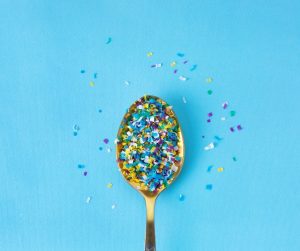 Georgian Bay Forever (GBF), in partnership with The University of Toronto, has launched several research and mitigation projects with the goals to better understand and help solve the microplastic problem in Georgian Bay and the Great Lake system. A large area of focus for GBF is on microfibers, which are the most common form of microplastics found in Georgian Bay. 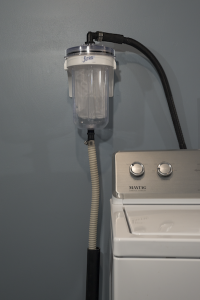 GBF in partnership with the Rochman Laboratory at the University of Toronto has recently published the research article Washing Machine Filters Reduce Microfiber Emissions: Evidence from a Community-scale Pilot in Parry Sound, Ontario (report highlights can be found here). This study highlights their findings on the effectiveness of installing filters on washing machines to reduce microfiber pollutants.

One of the important findings from the study is that with the installation of the filters in the Parry Sound Area they were able to divert 22.8 kg of lint, approximately 639 million to 9.7 billion microfibers, over the course of the 2.5 year study. The results of this study will help provide evidence of the effectiveness of installing filters on washing machines and the hope is that this will support the movement forward of Bill 279. If you’d like to add your support to Bill 279, you can find out how to send a show of support here.

In addition to this research study the GBF has developed several programs to help reduce plastic pollution and improve water quality. GBA and GBF work closely together to help protect Georgian Bay. 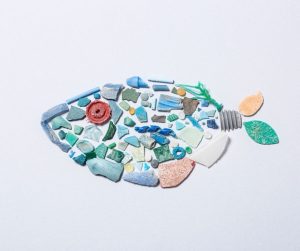 What GBA is doing to help the situation?

GBA has a vested interest in reducing and keeping microplastics out of Georgian Bay and has been an active participant in several initiatives to help achieve this goal, including:

What can you do as a member

There are several solutions that GBF and other organizations have put toward to help reduce the input on microplastics into the Georgian Bay and the Great Lakes System. 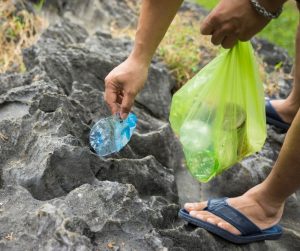