GBA will only intervene if the proposed development or issue could create a precedent that GBA deems poses a significant environmental threat that has GB-wide implications.

Here are a few of the precedent setting projects that GBA has been involved with: 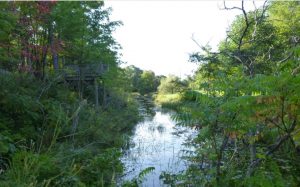 This proposed development south of Honey Harbour has a long history and is grandfathered for a trailer park development. A site plan agreement for 180 trailers has now been approved by the Local Planning Area Tribunal (LPAT) on this 165-acre property at Macey Bay just off the Honey Harbour Road in the Township of Georgian Bay (TGB). TGB is working on getting a project manager with engineering experience in place to monitor all aspects of the project to ensure compliance with site plan approval, to be paid for by the developer. 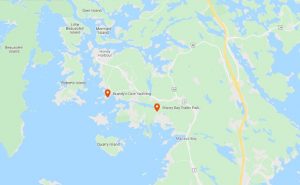 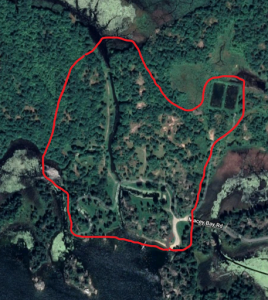 TGB website information on Macey Bay can be found here.

The location of this marina, which is on an island with a man-made causeway for road access, is shown in the above map for Macey Bay. There are ~120 boat slips and the marina targets long term stay cruisers, providing a home base and services, including pump-out. 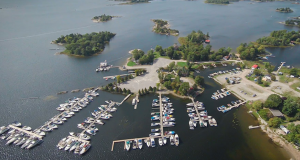 Since it was built in 1972 the marine septage has been shipped off-site for processing, as per the Ontario guidelines for disposing of marine septage. Then:

The current status is that the LPAT chair has not yet made a decision on this matter. If LPAT decides in favour there are various options that GBA and EGBPS can and will pursue to continue to attempt to stop this inadequate and dangerous sewage system from being installed.

Press coverage on this matter can be found here.