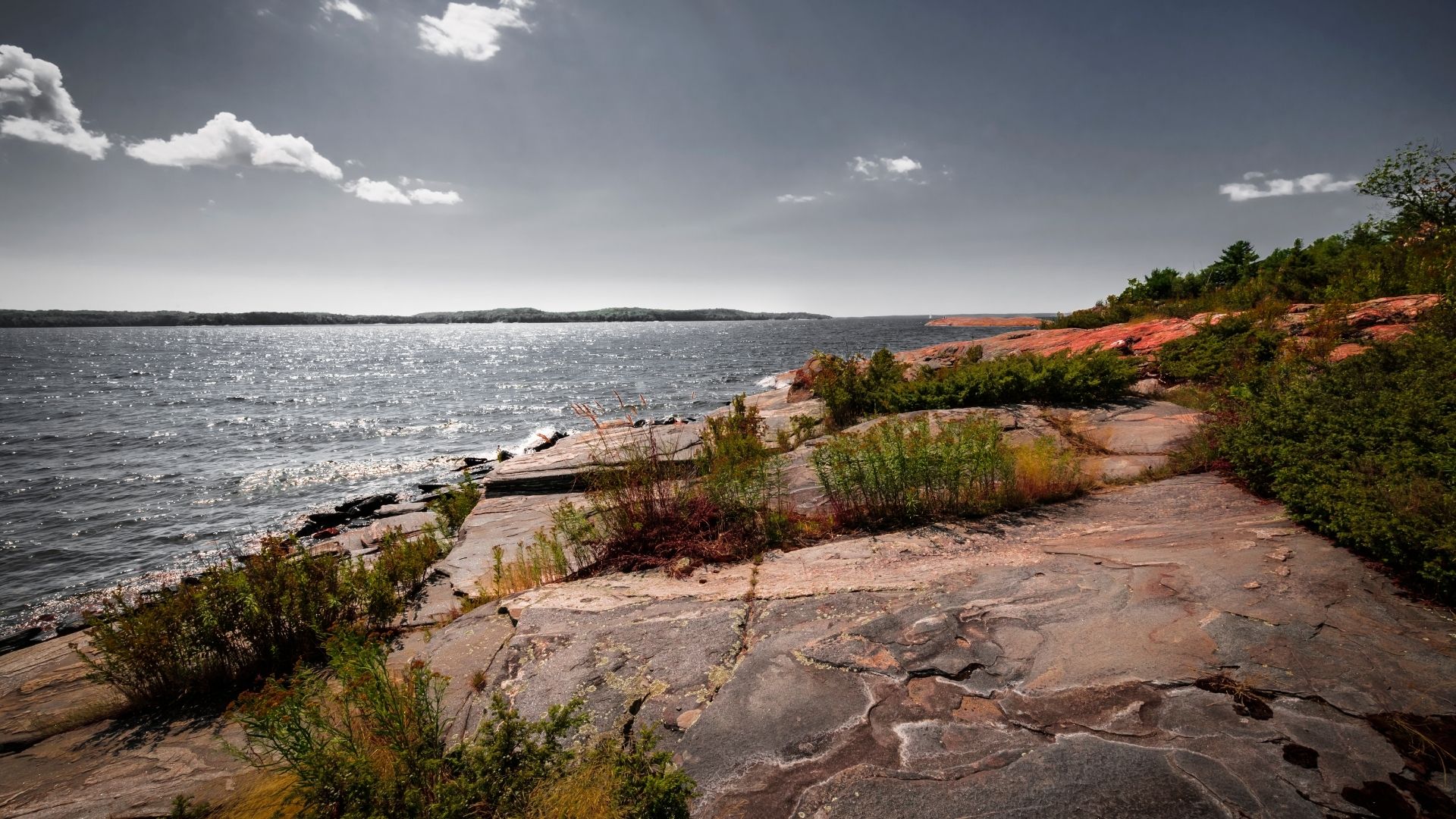 There are 5 coastal municipalities along the east and north coasts of Georgian Bay (+ the east end of the North Channel – Bay of Islands) where GBA’s member associations and the world’s largest archipelago of inland lake islands are located:

One of the greatest potential environmental threats to this part of Georgian Bay comes from the growing development pressures emanating from the GTA and the consistent and growing demand for residences in the area. This demand is not just for seasonal residences – increasingly Ontarians are looking to live or retire in the area, primarily where there is road access to the property.

Over development not only ruins the esthetics but threatens water quality and habitat. There is therefore a need to ensure that all development is conducted responsibly and carefully in accordance with the Official Plans, Bylaws and Community Plans that govern the coast. Minimum island and lot sizes regulations must be strictly enforced and multi-residential developments avoided.

One of the actions taken by GBA has been to form a coastal protection committee with participation from the coastal municipalities.

Protecting Georgian Bay’s nature, lands, waters, and  environment lie at the core of GBA’s mandate. That is also a key goal of the official plans of municipalities along the coast. And is central to the mandates of other Georgian Bay  organizations. The eastern and northern coasts are the most environmentally pristine areas of the Great Lakes south of Lake Superior. Our region is a World Biosphere Reserve recognized by UNESCO, but it is increasingly threatened by development pressures that pervade southern Ontario. The Committee has made responding to development threats its top priority issue.

Since 1975 GBA has been involved in various discussions and initiatives to determine the optimum municipal structure to protect the east and north shores of Georgian Bay (see map), primarily from development and other pressures which could undermine planning regulations designed to protect the environment. Copies of the various reports and papers issued over time can be found below, starting with the most recent:

GBA weighs in on Review of District of Muskoka Council Composition

In support of the GBA associations in the Township of Georgian Bay (TGB), GBA has written to the district to ask that the review confirms 3 councilors from each of the 6 municipalities (+ the Chair) all with an equal vote, in order to ensure that seasonal residents are properly represented on the district council. Read GBA letter here.

There is a requirement under Section 218(6) of the Municipal Act to review the number of members that represent lower-tier municipalities at the upper-tier municipal level. The direction this started to take was to reduce the current 23 to 12 + the chair, 2 from each municipality, which for TGB would have been the mayor + (almost certainly) the current inland councilor. For the other municipalities in the district it was also recognized that the district would have become dominated by permanent residents, leaving seasonal residents under-represented. Following several submissions to the district the needle has moved towards 18 + the chair, so 3 from each municipality, i.e. unchanged for TGB.

The other issue is to reject the concept of unequal weighting – councilors representing seasonal residents only having half a vote.