Over the past year we have made deputations to government such as:

We have also spoken out on a number of proposed pieces of legislation such as:

In October 2019, leaders from Indigenous and non-Indigenous communities and organizations gathered in Kingston, to strategize on how to collectively address climate change and biodiversity loss. The gathering provided a forum for cross-cultural dialogue stressing the importance of building relationships, showing appreciation for nature, and finding mutually beneficial solutions to urgent environmental issues. The summary video and report of the gathering are now available. Read the report here and watch the video below:   https://www.youtube.com/watch?time_continue=2&v=vmtoawl5QDk&feature=emb_logo   In a similar vein, the Great Lakes Indian Fish & Wildlife Commission (GLIFWC) have developed the GLIFWC Tribal Climate Adaptation Menu, which is a resource int 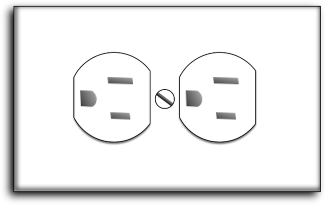 The Ontario Electricity Board is considering the fate of the seasonal rate class. Eliminating it would dramatically increase hydro charges for most Georgian Bay residents. Hydro One recommends maintaining the seasonal rate class and GBA has assisted the Federation of Ontario Cottagers’ Associations (FOCA - which has Intervenor status) with their submission to support its retention. Read the submissions here: - Ontario Energy Board Hydro One submission Dec 19 2019 FOCA Submission to Ontario Energy Board with GBA Dec 2019

GBA submitted a detailed response to the province’s Environmental Study Report (ESR), and a request for a bump-up in the level of environmental review applied to the proposed settlement, in light of important public interest issues that the ESR failed to address. GBA supports this land claim settlement.  Moreover, together with the Northern Georgian Bay Association, we have been working constructively with Wiikwemkoong to ensure that the Philip Edward Island Archipelago becomes a park, with ongoing access for all, including thousands of canoeists, kayakers and campers who have traditionally enjoyed these pristine lands. GBA’s ESR response urges the province to support the park proposal. It also addresses the government’s failure to follow a process that is consistent with the

Wikwemikong Tourism is the winner of this year’s Indigenous Adventure Award handed out at the International Indigenous Tourism Conference held in Kelowna, B.C. The tourism arm of the Wiikwemkoong Unceded Territory on Manitoulin Island was recognized for their authentic Indigenous tourism offerings, which reflect the culture and traditions of the Anishinabek people of the Three Fires Confederacy. Read more about the award and the tourism offerings here.

On October 25, 2019, the Ontario government announced it will not impose any municipal realignment in the province, but instead will work with municipalities to improve their effectiveness and efficiency. GBA is posting this update on the status of the municipal review issue and on GBA’s actions relating to municipal structures on the east coast of the Bay since the government’s initial announcement of its review last year. Also posted are several reports and papers issued over the years since GBA’s first involvement with the issue more than 40 years ago. See: https://georgianbay.ca/government-affairs/municipal-structure-and-protecting-the-coast/ 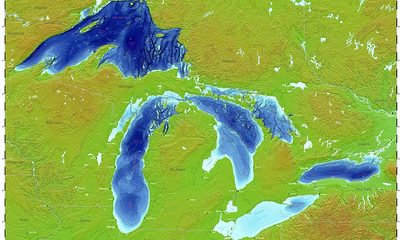 NDP MP Floating the Idea of a Great Lakes Minister

With a Liberal minority government now declared, an MP in Windsor West may be able to leverage his idea to establish a Great Lakes Ministry. NDP MP Brian Masse, along with two other candidates, proposed the idea for a Great Lakes Minister with the goal of having a point person specific to Great Lakes issues. Masse would like to see a dedicated advocate to improve coordination and to ensure that the Great Lakes do not get lost in the Ministry of Fisheries and Oceans and Coast Guard. Masse is also a champion of the NDP pledge to boost the federal Disaster Mitigation and Adaptation Fund to help municipalities improve their infrastructure to mitigate the effects of climate change. Read more about the idea here. 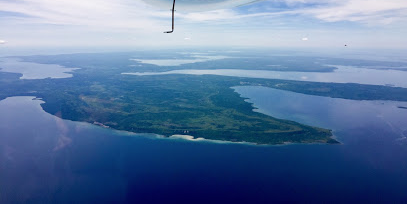 The Wiikwemikoong Unceded Territory on Manitoulin Island is developing a light industrial park with $1 million from the province. The First Nation community will use the funding to build roads and prepare the lots to attract businesses. The Wikwemikong Development Commission is also receiving funds to do a feasibility study on the development of a pellet fuel manufacturing plant in Nairn Centre. Read more about the economic development projects here.

GBA Suggested Questions for Candidates Running in the Federal Election

We have a Federal election on October 21st. The GBA encourages all of our Canadian members to engage the candidates in their home ridings on Georgian Bay-related issues and exercise your franchise by voting. GBA has prepared the following questions that we are asking candidates for office, and suggest you do the same.   Water Quality ­The Great Lakes Water Quality Agreement (GLWQA) has identified many priorities that the Canadian and American federal governments should address to improve and protect water quality. Many concerns have been raised that more needs to be done to prevent harmful chemicals and plastics from entering the Great Lakes. Do you support increased action and funding to address those threats? Despite the fact that the US states do not permit open n 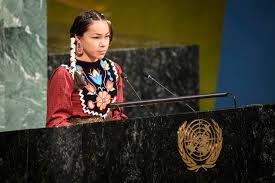 The Great Lakes have an amazing young champion. Autumn Peltier, a 15 year old from the Wiikwemkoong First Nation on Manitoulin Island, addressed the United Nations Global Landscapes Forum Saturday as part of the Indigenous march within Friday’s global climate strike. Autumn is the Anishinabek Nation Chief Water Commissioner, a position she took over from her great-aunt and water activist Josephine Mandamin. Her goal is to educate people on the importance of clean water.  Read more about this impressive advocate and watch her speech to the UN here.

With support from the Georgian Bay Biosphere Reserve, municipalities around Georgian Bay have signed onto the Partners for Climate Protection program (PCP) to work toward the reduction of greenhouse gas emissions at the local level. Read more about the initiative here.

The province launched a review of 82 municipalities in the Districts of Muskoka, Halton, York, Durham, Waterloo, Niagara, Peel, Oxford and Simcoe several months ago. The stated purpose was to consider service delivery, public access to services, duplication reduction and cost savings. The review of Muskoka District could result in a proposal to amalgamate the six local governments, including the Township of Georgian Bay, where five GBA member associations are located. A strong argument can be made for an alternative proposal to create a larger coastal municipality based on the strong alignment of interests among communities in the Georgian Bay Biosphere Reserve area. This would build on the original rationale for creating the Township of the Archipelago. The opportunity and the case for

Pow-wows are fun, inclusive and educational events for all the family – see the schedule of the many Pow-wows around the Bay this summer here...2019 pow wow publication And more details here ..........2019 pow wow listings