What’s your name and what’s your connection to Georgian Bay? 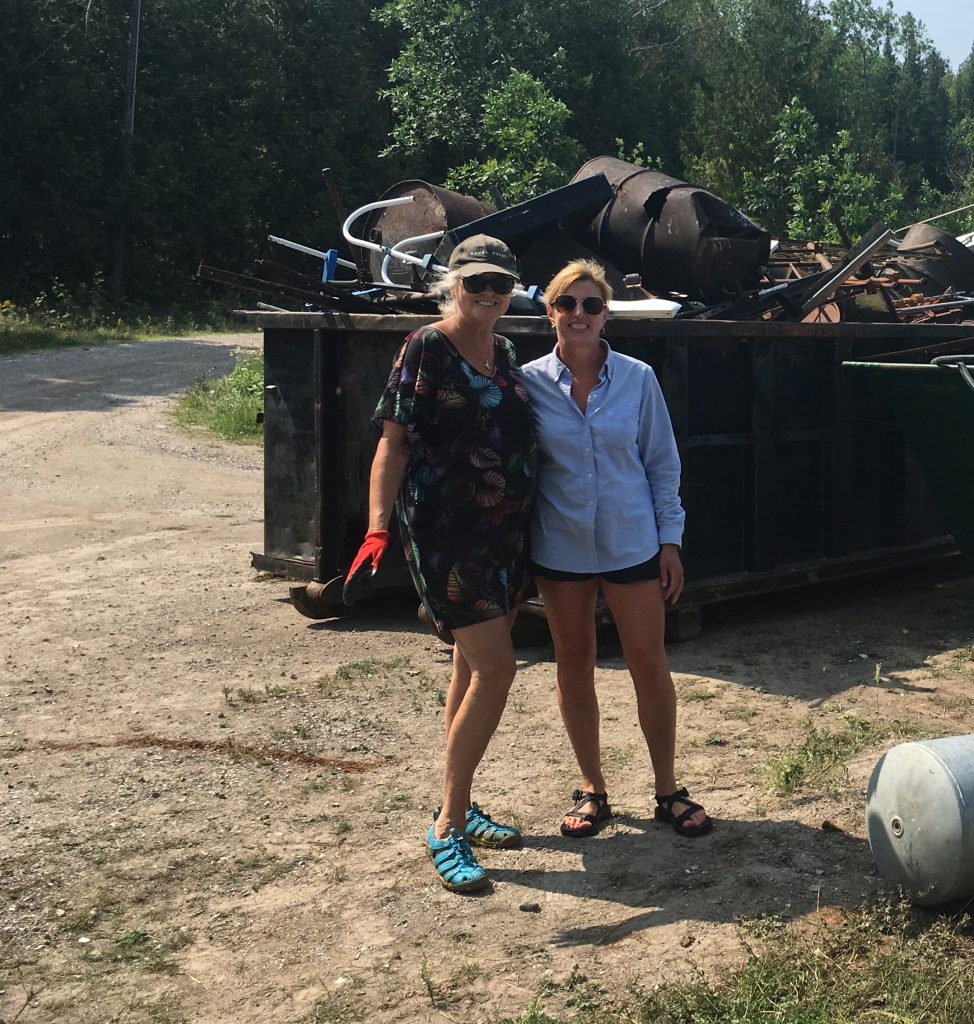 Why is being a Guardian of the Bay important to you?

I have three children who have been coming to the Bay all their lives, and for whom this place is deeply important. My extended family continues to grow as my siblings’ children have children of their own, and who will surely love the Bay as well. Sheila also has three children who feel a strong connection to the Bay and who are on the verge of starting families too. As a result, Sheila and I are committed to making sure the Bay remains a pristine and magical place for them and future generations to enjoy.

What’s your story that exemplifies the Guardians of the Bay ethic?

The main purpose of the Bay of Islands Community Association is to preserve and protect our Bay. During our tenure as co-presidents we brought the mission into the forefront of our association and the concept of Love Your Bay Day was formulated. 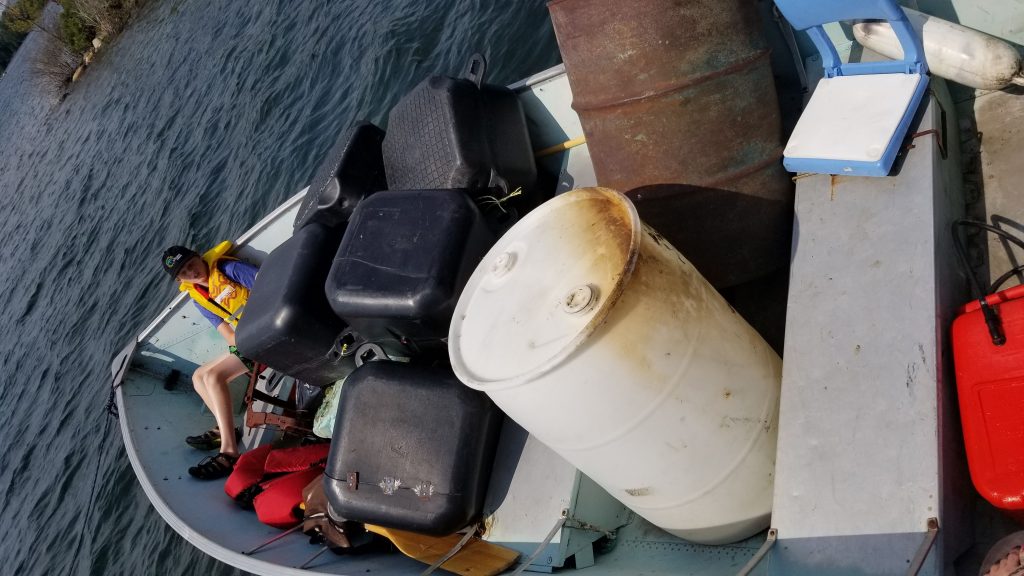 During the winter of 2017, BICA applied for and received a grant from the Great Lakes Guardian Trust to help pay for shoreline clean-up in our bay. We called the clean-up “Love Your Bay Day.” Due to our location at the far eastern end of the North Channel and the prevailing west winds, our Bay collects garbage, mostly in the form of styrofoam, derelict docks and plastic in our west-facing bays. Some of the garbage is our own, but much of it comes from further upwind. Our community is made up of small and mid-sized islands. We don’t have access to easy garbage collection; instead we haul all of our own garbage by boat and then by car to the landfill on Manitoulin Island, which is about 30 minutes away by car.

The grant that we received from the Great Lakes Guardian Trust helped us pay for a dumpster to be located on the Whitefish River First Nation mainland near our islands to make for easy collection. Our local government, the Town of NEMI (Northeastern Manitoulin and the Islands), collected the garbage on a daily basis throughout the clean-up effort. 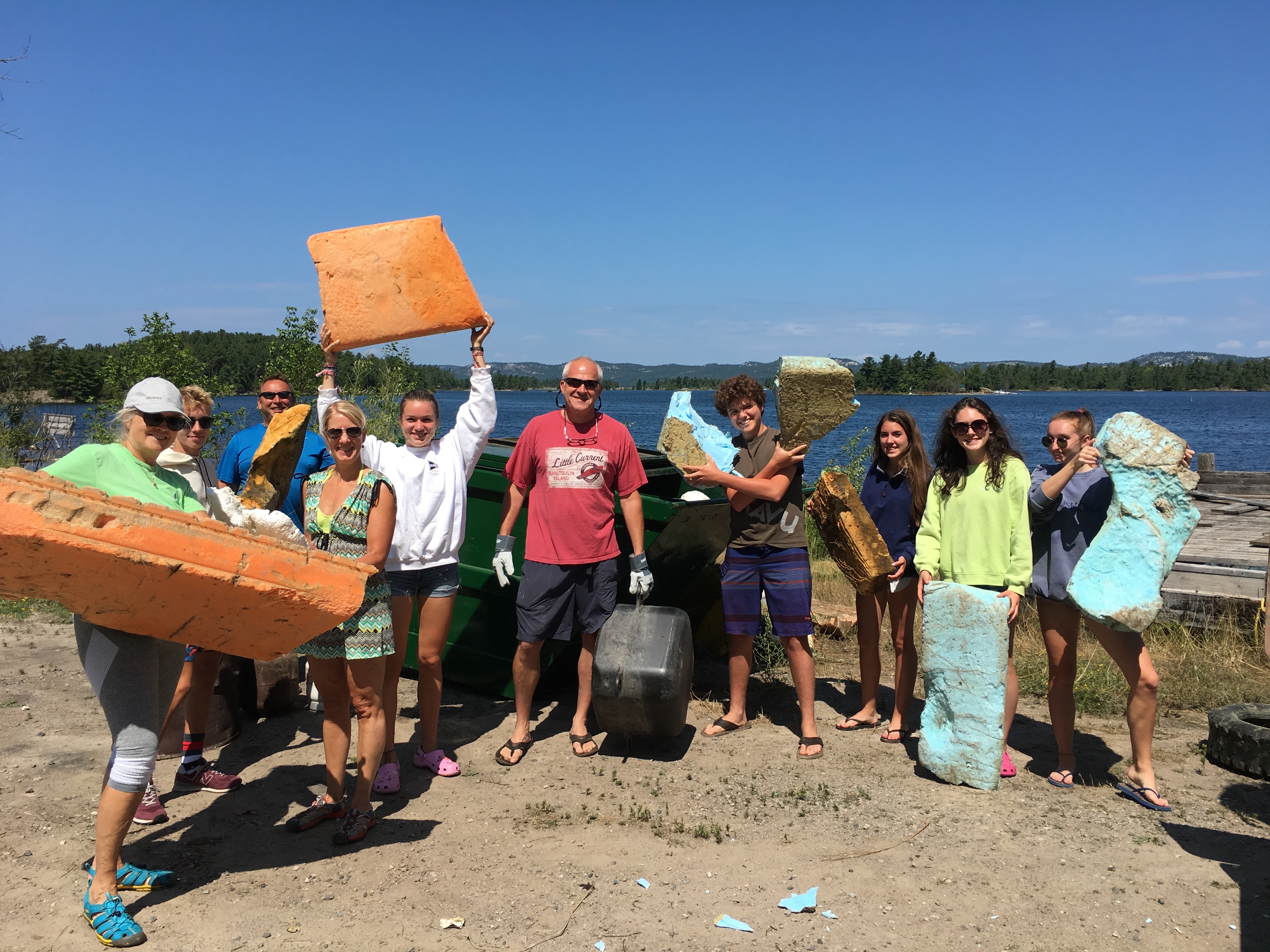 To kick off our event we had an informational meeting and BBQ for our volunteers and distributed gloves, garbage bags and “Love Your Bay Day” t-shirts. During the meeting we formed work parties for dismantling derelict docks,and shoreline clean-up. We had over 40 volunteers at the kick-off BBQ, but many more helped out with the clean-up. We also announced a garbage collection contest for the following categories:

We announced the winners at our annual community dinner at the Red Dog Grill in Whitefish Falls on August 10, 2018.

To promote our event to our members, we announced the event in August 2017 during our Annual General Meeting. We continued to remind and promote the event through BICA News and our BICA Facebook page. On the BICA Facebook page, members proudly posted photos of the garbage they collected. We were recognized for our work by the local paper, the Manitoulin Expositor (link to the article). 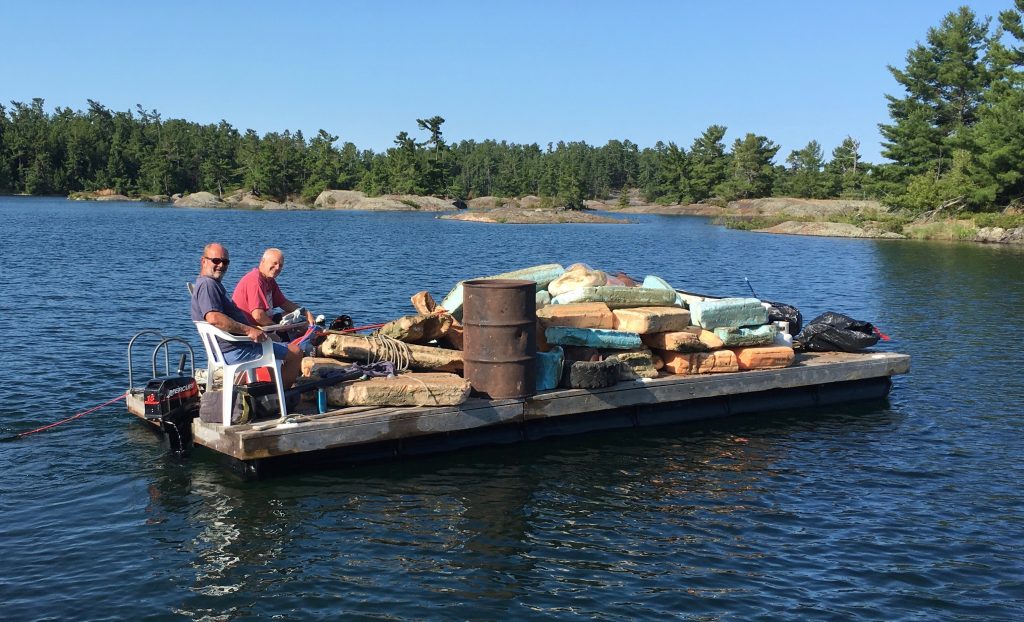 Love Your Bay Day was a huge success! The obvious benefit to our efforts was that we removed garbage from our shores. The not-so-obvious benefits were that we formed a stronger relationship with NEMI and with Whitefish River First Nation. We also formed a stronger sense of community among our members and have brought more awareness to the problem of garbage that floats into our bay. We regularly remind our members to Love Their Bay Every Day!